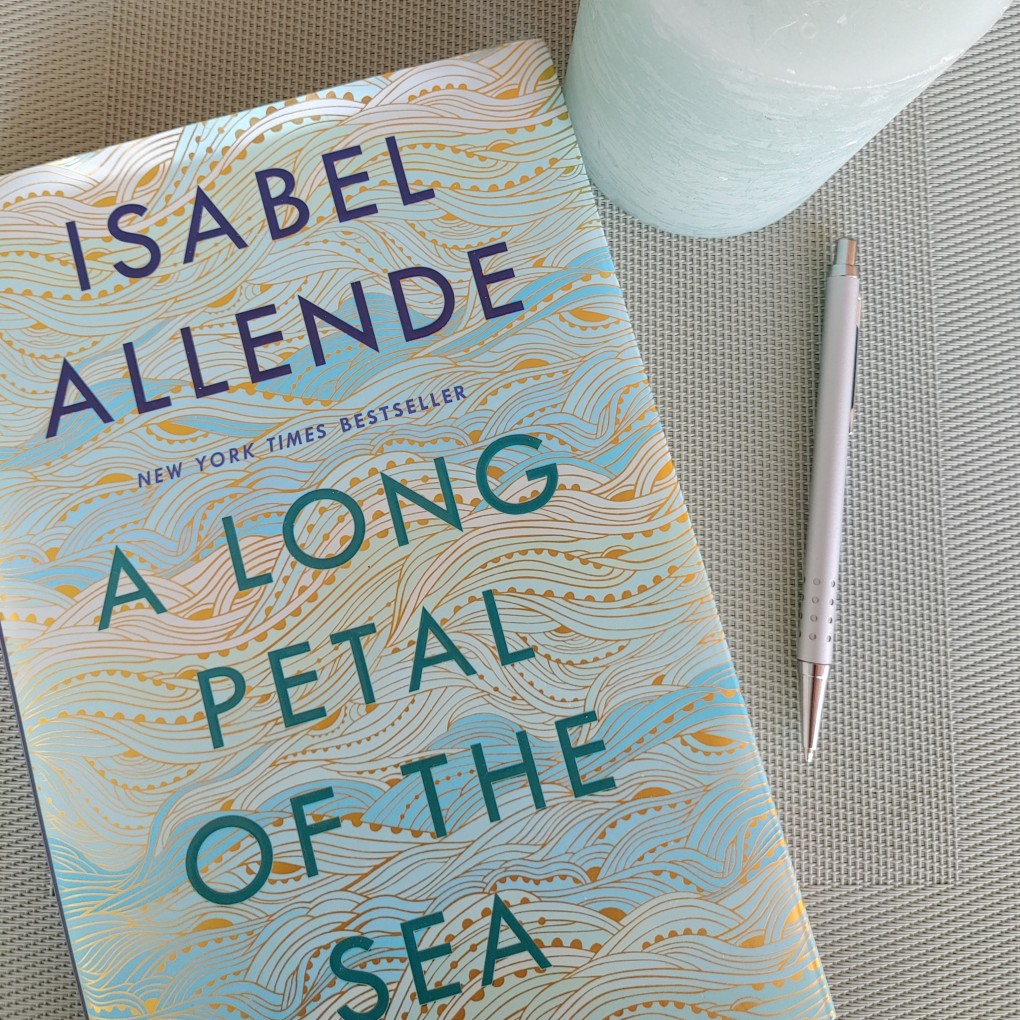 “Venezuela received Victor with the same easygoing generosity with which it took in thousands of immigrants from many parts of the world… [Venezuela] was one of the wealthiest countries in the world… nobody killed themsleves working… life was a long party, with a great sense of freedom and a profound sense of equality.” (p253-254)

This quote profoundly impacted me from the book, ‘A Long Petal of the Sea’ by Isabel Allende. Comparing the sentiment that Victor and his family felt towards Venezuela and knowing what Venezuela has now become makes this statement unbelievable. This quote also highlights the central theme of this book, the ever-changing political landscape of once-stable countries. It shows how quickly security and freedom can slip from your grasp. Victor and his family begin as refugees fleeing a political coup in their home country, and this theme follows them everywhere they go.

Why I chose this book…

I decided to read this book because I kept seeing it pop up on many book blogs and reading lists. I was interested in reading a historical fiction novel but in a new and unknown historical period. This book begins with the Spanish Civil War, something I know very little about but have always been interested in learning more. Therefore I decided it would be an interesting read on a new topic.

What is this book about…

This book goes through the entire life of its main character, Victor. It begins at the time of the Spanish Civil War, focusing on Victor and his family’s experiences. It continues by following Victor and his family as they flee from Spain and end up living in multiple countries. The main characters bounce around as refugees from one country to another throughout their lives. Through Victor’s experiences, we get a glimpse into the Spanish Civil War and then eventually into the Chilean Civil War. We also get to see what Venezuela was like during the early 1980s, a very different picture then what Venezuela has become today. This book covers many topics and historical events. You learn about the struggles of a refugee and what it’s like starting over again in a foreign country. The book ends with Victor in his 80s.

Also, the chapters were laid out by years rather than events, and the reader learns about what happens to Victor (and the supporting characters) during the specific years laid out at the beginning of the chapter.

My thoughts after reading the book…

I’m happy I chose to read this book. It was eventful, had proper character development, and had some unexpected twists along the way. However, I was surprised to see that the Spanish Civil War was just one event and not the main event in this book. I didn’t get to learn as much about the Spanish Civil War as I would have liked. The layout of this book was a bit different then I was used to, and I felt like some events were rushed. There were also very few times where I felt like I could not put the book down. I was intrigued to keep reading, but not in a thrilling, suspenseful manner. Each chapter ended with the ending of a time frame, not with an intriguing angle that made you want to keep reading. I also found that the ending was a bit abrupt, and I was hoping to hear more about that final major event in Victor’s life. That being said, I still really enjoyed reading this book.

Isabel Allende is more well known for her novel, ‘The House of the Spirits,’ but she has written over 20 books that have all won critical acclaim. ‘A Long Petal of the Sea’ is her most recent book, and it is a book that includes stories that were told to her as a child. Her cultural background is South American (raised in Chile), and many of the people and events she writes about are from stories she hears from older relatives. None of the characters are real, but they are all shaped by people she knew.